Francesco Martinelli was born in Pisa, Italy, in 1954, and graduated in chemistry at Pisa University. Since 1975 he has been involved in the promotion of musical events (the concerts of American bluesmen Cooper Terry and Don Cherry and the Frank Lowe Quartet). In 1976, he co-founded CRIM (Center for Research About Improvised Music). CRIM promoted the Pisa Jazz Festival and many other ad hoc events from 1976 to 1982, mainly concentrating on contemporary improvisation and jazz. Within CRIM, Martinelli published the Italian editions of books by Leo Smith (Notes: 8 Pieces) and Derek Bailey (Improvisation: Its Nature and Practice in Music), and several records (Improvisors' Symposium by Evan Parker, The Paul Rutherford Duo With Toni Rusconi, Pisa by the Maarten Altena Quartet, and Detto Fra Di Noi by the Alex von Schlippenbach Trio). After 1982, he promoted events for the town of Pisa, including La Nuova Onda, a festival of contemporary Italian jazz, as well as other festivals all over the country. In 1998 he began co-directing the Controindicazioni Festival in Rome and acting as a consultant for festivals and concerts all over the country. After planning and promoting a major three-day festival dedicated to the Italian Instabile Orchestra in December 1997, he produced a double CD for Leo Records documenting the event; the CDs were critically acclaimed worldwide, and the collaboration with the Italian Instabile Orchestra became an ongoing project, with promotion of a yearly Instabile Festival in Pisa. He was then appointed curator of the Siena Jazz Archive, the main resource of its kind in Italy, and also gave courses and lectures about the history of jazz, the philology and conservation of recorded sound, and music research through the Internet. He taught at the Summer School of Music of New York University in Italy for four years, giving a course on European improvised music and lecturing at New York University in New York. His writing has appeared in many magazines: the Italian Musiche (about Evan Parker, Anthony Braxton, and Sun Ra), Musica Jazz (about Billie Holiday, Lucky Thompson, and Anthony Braxton), Il Sismografo (the SISMA newsletter), Nerosubianco (the SISMA musicological review), the French Improjazz, the Canadian Coda, the Austrian Jazz Live, the English Avant and VJM, and the American Signal to Noise. His writing has also appeared in books like Mixtery: A Festschrift for Anthony Braxton, the Black Music and Blues Encyclopedia (Arcana), and the Italian Jazz Encyclopedia. His liner notes appear on CDs that are on labels such as FMP, Maya, Chronoscope, Braxton House, Splasch, Leo, Nuscope, and Soul Note. He did work on two major Anthony Braxton CDs: News From the Seventies (New Tone) and Small Ensemble (Wesleyan) 1994 (Splasch). His most recent CD production is Tales of Love and Death by the Eugenio Colombo Septet on Leo Records, a unique dramatic cantata of three sopranos and a jazz quartet. He has published the discographies of Evan Parker and Mario Schiano, and contributed to entries in Tom Lord's Jazz Discography. In March 2000, his Anthony Braxton Discography was published, which is the most complete resource book about one of the major figures of contemporary music. It includes an extended bibliography; appendices about web sources and movies; and detailed indexes of all musicians, record titles, original, and standard compositions in over 200 pages with 85 illustrations. 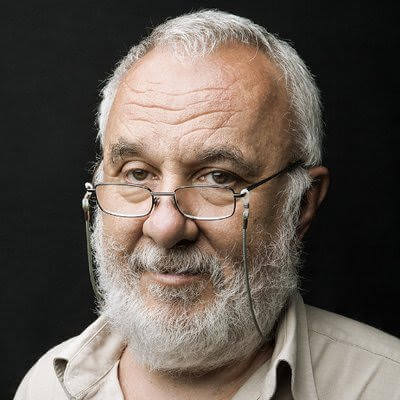