Guitarist Shachar Elnatan (25) is one of the leading and unique voices coming out of the flourishing young jazz scene in Israel. At this young age he has already collaborated with many musicians worldwide including greats such as: Avishai Cohen, Ravi Coltrane, Kellylee Evans, Eli Degibri and many more.

Born in Jerusalem, Israel (1993) to a half Israeli and half American family of musicians, he began playing the guitar, taught by his father, at the age of six. His first and main musical influences came from the family home where he discovered great Jazz and Rock records through his father and was exposed to American Folk music through his mother, who plays the fiddle and has a country music band.

He continued his musical studies at the Music Academy High School in Jerusalem where he received classical training and education. Whilst being raised in Jerusalem and living for some time in Jaffa (Tel Aviv), Shachar was surrounded by Middle Eastern and Arabic music which has also strongly influenced his musical point of view. During High School, Shachar had been working and performing with many local groups and began to compose his own music, showcasing the wide range of musical influences he had absorbed over the years.

At the age of 17 he decided to take some time away from school and travelled to New York to study with great musicians such as; Peter Bernstein, Lage Lund, Gilad Hekselman and Ari Hoenig. Shachar was the winner of the Israeli-American Cultural Foundation (IACF) from 2006-2013. In late 2012 Shachar won the 'Rimon's Music School Jazz Competition’ and was sent to perform and participate at the International Association of Schools of Jazz (IASJ) conference in Graz, Austria.

After some time performing around the world with various musicians, Shachar formed his own band and in 2014, was approached by the international bassist and composer, Avishai Cohen, to record his band for a compilation album Cohen produced, titled “All Original” (Razdaz Recordz, 2014). The purpose of which was to capture and record some of the best young Israeli Jazz musicians who Cohen thought were an important part of the growing music scene there. Shachar’s strong musical statement and unique compositions has led to a further collaboration with Cohen who co-produced and played on his debut album titled, ‘One World’, which was released in 2016 with Razdaz Recordz.

These days Shachar is on the line between his main musical basses, NYC, Berlin and Israel, touring with his own band as well as a sideman with some of the most interesting voices of his generation. 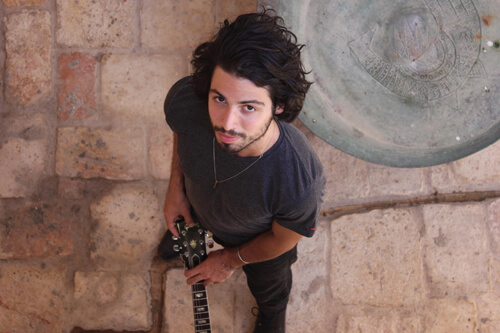