Javascript must be enabled to continue!
Artists
Αndreas Polyzogopoulos
trumpet

Αndreas Polyzogopoulos was born in December of 1981 and grew up in Samiko, a small village in South-West Greece. That’s where he got involved in music by studying guitar at the age of ten. At sixteen he moves to Athens and starts participating in rock and blues bands but soon he discovers jazz. He studies jazz guitar with Yiotis Samaras at Philipos Nakas Conservatory and in 2000 picks up the trumpet. In October 2002 he moves to the Netherlands and studies at the Conservatorium Van Amsterdam. He also takes lessons from Markus Stockhausen and Angelo Verploegen and follows a workshop with Paolo Fresu in Sardegna. While studying in Amsterdam he plays with various multi-ethnic groups and in 2006 he forms “Poly Quartet”, a group that performs his own compositions. In 2008, the band records the album “Perfumed Dreams” and wins the first place in “Motives for Jazz” competition in Belgium. The same year he graduates from Conservatorium van Amsterdam and returns to Greece. He appears on 60 records, has performed all over Greece and Europe and in 2010 was a member of the European Youth Jazz Orchestra. In 2013 he recorded a Cd with songs of his favourite rock band and all-time inspiration Pink Floyd (Heart of The Sun - The music of Pink Floyd) and toured around Europe and in New York city. Andreas colaborated with Jaques Morelembaum, Tore Brunborg, Michel Portal, Gunter Baby Zomer, Markus Stockhausen, Tony Lakatos, Psarantonis, Savina Yannatou, Maria Farantouri, Dulce Pontes, Serge Teyssot Gay (Noir Desires), Anne Paceo, Marc Buronfosse, Kostas Theodorou, Yiorgos Kontrafouris, Mode Plagal, Nikos Sidirokastritis, Yiotis Kiourtsoglou, David Lynch, Stavros Lantsias, Haig Yazdjan, Vangelis Katsoulis, Takis Barberis, Thanasis Papakonstantinou among others. In 2014 Andreas brings a new band together playing his newest compositions. The record released in 2015 is called “ Anicca” and the mediterranean sound is more present in the sound of the band. 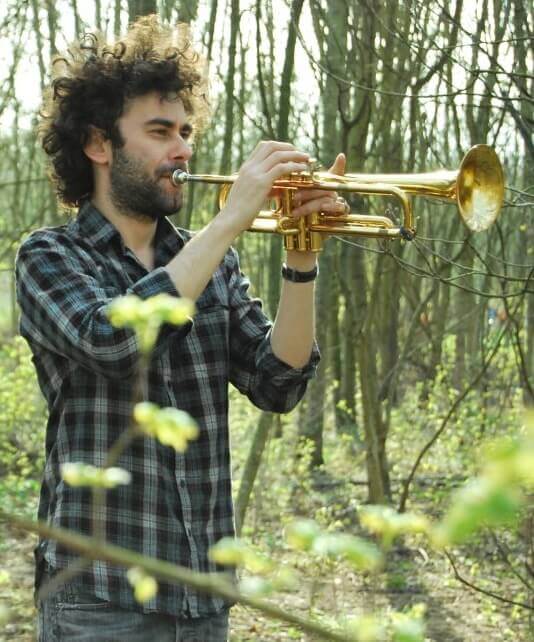