Javascript must be enabled to continue!
Artists
Michalis Katachanas
viola

Michalis Katachanas was born in Piraeus. At the age of eight he took his first classical violin lessons by Kostas Kavakos. He graduated from the Experimental Music Highschool of Pallini (GR) and he holds a Bachelor degree in Music from the Ionian University (GR) under the supervision of Dimos Dimitriadis (Head of Jazz Department) and a Master’s degree in Contemporary Improvisation from the New England Conservatory in Boston (USA), after receiving a scholarship from the Fulbright Foundation. He has been a student of Charlie Banakos and Ran Blake. Michalis Katachanas Quartet was formed on 2012 and since then, has performed in many music venues in Athens (Afrikana, Kerameio, TV Control Center etc), festivals (2nd Jazz Festival of Syros, Megaron the Athens and Thessaloniki Concert Hall, Panorama of Greek Jazz at the Roof, 2017 Festival in the Sea and others ) and recorded for Radio and Television (Third Program, ERT, Sto Kokkino ). As a jazz violinist, composer and improviser, he has collaborated with various well-known Greek composers (Nikos Xydakis, Mimis Plessas, Katerina Fotinakis, and others.) and foreign musicians (Jackie Leven, Antony Coleman, Joe Tornabene and others.) and participated in numerous concerts in Greece and abroad (USA, France, Germany, England, Austria, Morocco,
Turkey). He also composes and plays music for the theater (Birds, Landscape War, A Nail on the Wall, Trisevgeni) He has recorded two personal albums: Murderess (released in 2014) and The Third Obligation (recorded in 2017) and participated as a sideman in many recordings in Greece and abroad. Since 2014, he is a faculty teacher at the Jazz Department of the Athens Conservatoire. 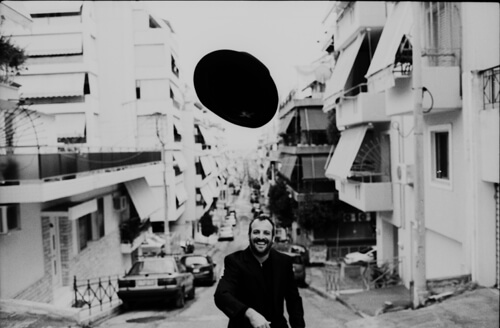